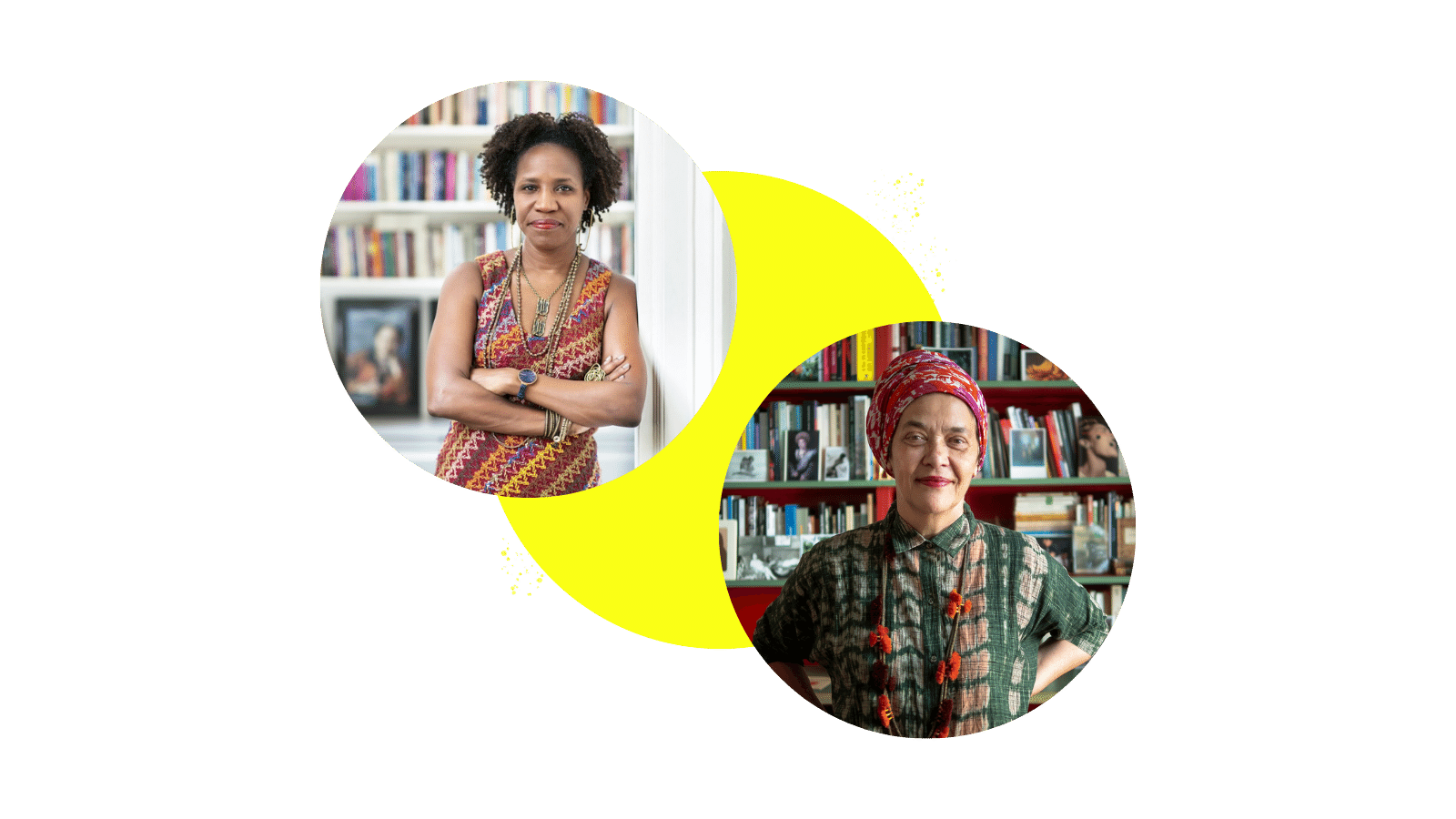 Join Françoise Vergès, a writer at the forefront of decolonial feminism, in conversation with grassroots activators Grace Dlabik and Kameron Locke for a conversation about listening and translating spaces of joy, hope and connection.

Hear from the frontline of decolonial feminism, antiracist action, and community activation in a conversation about how collaboration, art and music can transmit forgotten stories and shape new ways of seeing in attending to the afterlives of slavery and colonialism.

Françoise Vergès is a Paris-based political theorist, antiracist feminist, and an author of numerous influential books including A Decolonial Feminism (2019). In this special event, she is joined by Grace Dlabik, founder of local initiative BE.Collective that empowers young people of colour and multidisciplinary artist Kameron Locke, a musicologist and founding member of the arts-activism collective Black Art Action Berlin (BAAB). The conversation will be moderated by Wiradjuri artist and curator Brook Garru Andrew.

This is a conversation about change and collaboration rethinking how we frame the precarity of Black and Indigenous lives and build spaces of joy, hope and connection.

Kameron Locke (he/him) is a multidisciplinary artist, musicologist, and grassroots activator who uses performance, storytelling, and community work to express the varied facets of identity. Locke performs, analyzes, and writes about music from Rising Majority communities—Black, Brown, and ethnically diverse peoples—in order to increase visibility and engagement with this rich musical heritage. (Un)heard and (Un)seen, his self-curated recital series, reflected on the visibility of African-descended composers in Western classical music. Locke writes opera librettos about the complexities of identity. His ‘I Am…’ trilogy follows three fictional queer characters and highlights LGBTQ+ perspectives often overlooked within Western classical music; ‘VIDA’ delves into Sol’s journey towards acceptance, self, and ‘being.’ As a community organizer, Locke led and co-created the Black Reels Project, a film festival and filmmaking workshop project in Berlin; The Village, a music recording workshop series for Goldsmiths University LGBTQ+ students; and Classical Inclusion, an after-school program for Chicago youth from diverse backgrounds to explore and create art song. Locke is currently co-writing a libretto about the Tuskegee Airmen and African-American experiences during World War II.

Grace Dlabik is a proud Melanesian Papua New Guinean/ Austrian woman based in Naarm (Melbourne). She is a creative director, consultant and curator, a mama and carer, an aunty, sister and mentor, an expander of ideas, and a connector with a deep focus and passion to co-create ecosystems in the creative world. Founder of BE. Collective and BE. ONE – a creative agency that champions young people of colour predominantly from marginalised backgrounds. For more than 20 years Grace has been a highly-sought after visionary trailblazer and dedicated community leader, seamlessly working with the intention of bringing others along with her in forms of collaboration and deep connection which she seamlessly interweaves into her strategy for lasting legacy bodies of work. Her life’s work is grounded in upholding community care, and the assurance that the collective efforts of those around her are greater together. Grace credits her son, Elijah, as her greatest teacher.

Presented by BLAK C.O.R.E (Care of Radical Energy), an initiative of the Department of Museums and Collections at the University of Melbourne in partnership with the Wheeler Centre and the Art Gallery of New South Wales. 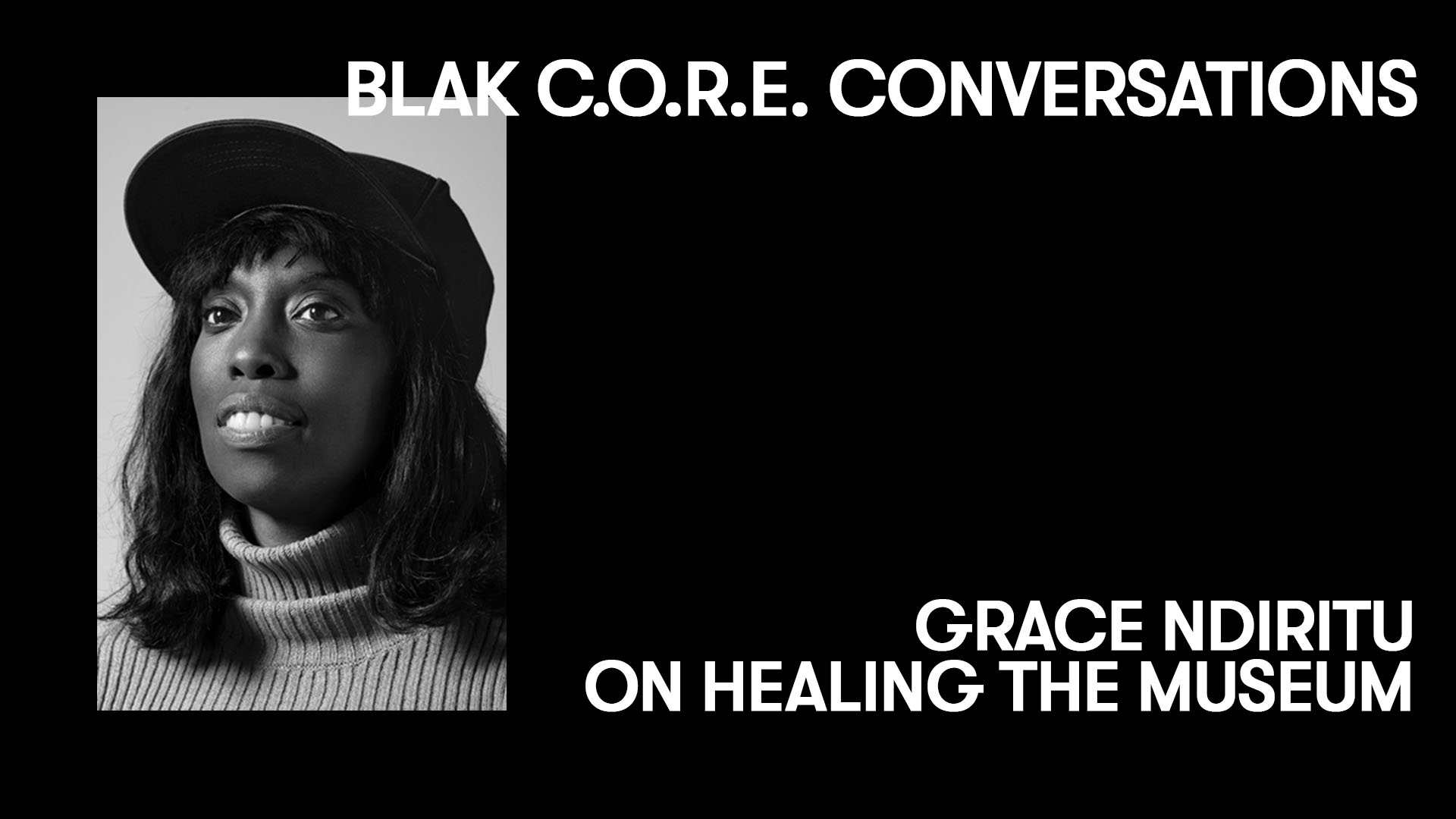 Grace Ndiritu on Healing the Museum