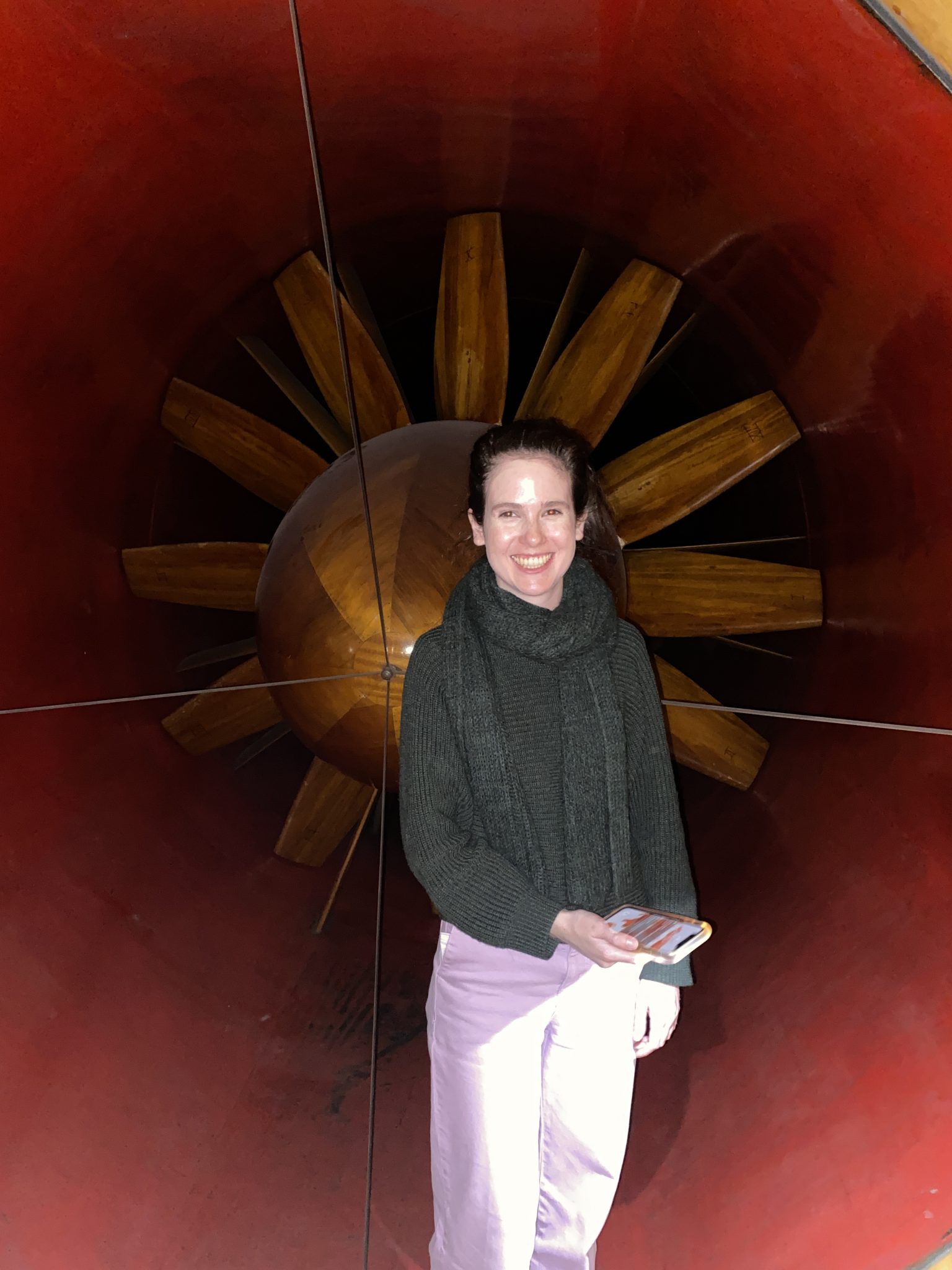 With the decommissioning of two existing wind tunnels occurring soon, it is time to assess their historical significance and decide what to retain for the Faculty of Engineering and Information Technology’s Collection.

Construction of the Yellow Wind Tunnel was instigated by aerodynamics lecturer Peter Joubert and was running by 1959. Two of Joubert’s first research students, Tony Perry and Hans Hornung, designed the testing equipment for the working section of the tunnel; both would go on to have international impact in the fields of fluid dynamics and aeronautics, Perry at Melbourne and Hornung at Caltech. Generations of researchers have undertaken fundamental work in the Yellow Tunnel.

At 20 metres long, selecting representative parts of the tunnel is the only option. The most visually stunning element is the large wooden propeller, over two metres in diameter, beautifully constructed in the Engineering Workshop. There is great potential to install this as a sculptural element in the new campus at Fishermans Bend.

A smaller wind tunnel has an even longer history. In the late 1930s an aircraft industry was established at Fishermans Bend and the Commonwealth Government created the Aeronautical Research

Laboratory. Its director L.P. Coombs collaborated with the university to construct on campus a 1/8 scale model of the proposed ARL wind tunnel, to be used to refine the design of the large tunnel as well as for teaching.

This tunnel, built by the Engineering Workshop and completed in late 1939, was used for testing of aircraft models during the war and is still being used by students in the Walter Bassett Aerodynamics Laboratory. With its strong links to wartime research and production and the establishment of the ARL, it is an artefact of national significance.

Is a wind tunnel a cultural object? With their historical significance, complex design, robust sculptural presence, and the stories embedded in them, these tunnels demonstrate that technology is culture.