Problem-solving was an incidental and unexpected benefit of using Archives and Special Collections’ new Wolfvision visualiser recently. Known affectionately as “Wolfie”, it allows objects from Archives and Special Collections to be viewed by students learning wholly online, or through blended learning. It also has great potential in assisting overseas or interstate researchers to view items in our collection on request, assisted by a staff member.

A recent class on researching music in Australia using archival resources from the Rare Music collection included a mystery: an undated photograph of two young people in costume. Rosa Pinkerton’s signature was clear to read, but the name of the man to her left was not—Victor who? The photograph is undated, so was this from before or after Pinkerton finished studying at the Melbourne Conservatorium in 1923? Perhaps she was already in England and working for the Carl Rosa Opera company?

The Wolfvision machine includes a facility for impressive magnification which resolved Victor’s untidy pen strokes into his family name Baxter. And at high levels of magnification, enough of the photographic studio’s blind embossing could be seen to tell us that the image was taken in Melbourne. After that, the Melbourne Conservatorium of Music’s Prospectus for 1924, which records reliable details of the student concerts of the previous year, allowed us to come up with a working theory! Pinkerton and Baxter were on the program of a concert given in June 1923, comprising excerpts from four operas. Our two singers had the lead roles in Wagner’s Lohengrin. As their costumes are medieval in style—and other “Scenes from Opera” concerts were given in costume—it seems that the mystery is, most likely, solved! 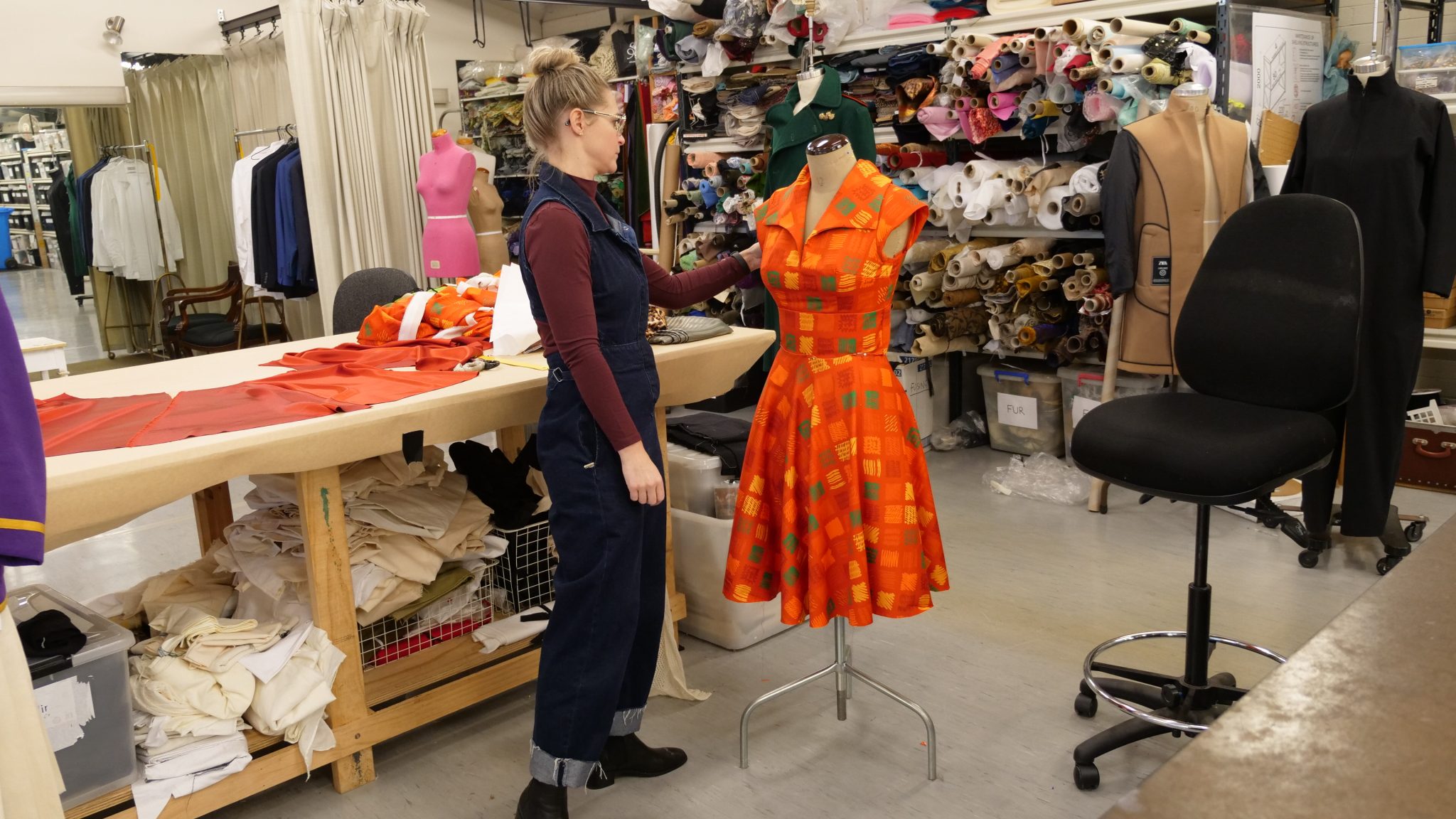