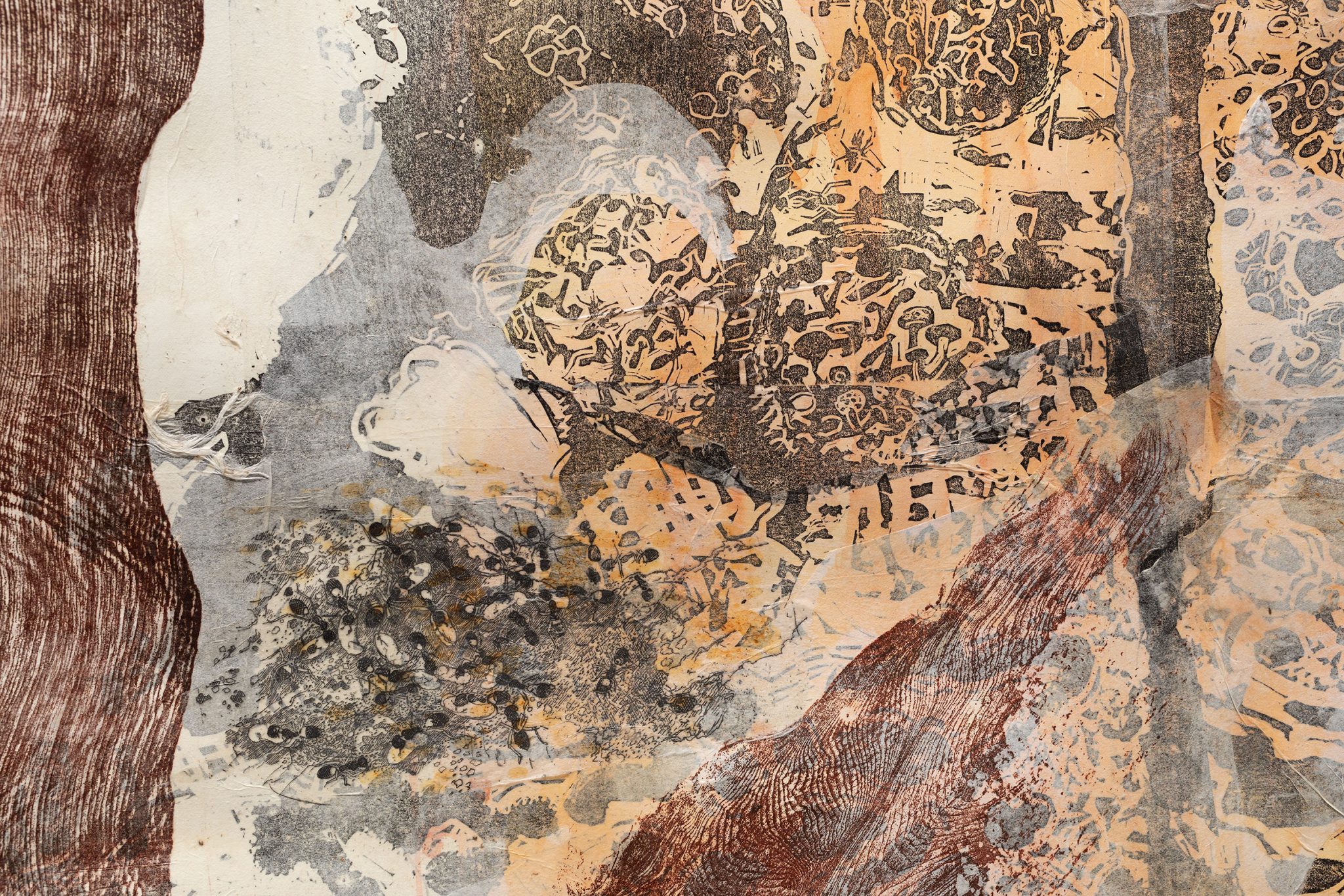 Exhibiting now at Buxton Contemporary, the companion works of Mulkun Wirrpanda and John Wolseley reflect a decade-long friendship between two artists from different scientific and artistic traditions, who met annually to explore and share knowledge about the living systems of Arnhem Land.

Self-described as a ‘hybrid mix of artist and scientist’, John Wolseley relayed that the impetus for this series was their joint discovery of a collapsed termite mound, which had the appearance of a ‘ruined city’.

“I could see the nursery galleries, the fungus gardens, and even what could have been the Royal cell where the queen had lived with her diminutive King. I found remains of compost in the fungus ‘combs’. And I could see why scientists had described these mounds as bodies with stomachs holding the composting gardens where the termites farmed their fungae.”

The three adjacent bark paintings by senior artist and respected community leader of the Dhuḏi-Djapu clan, Mulkun Wirrpanda focus not on the termites themselves, but on the many different species who share their mounds: ŋäḏi or northern meat ants, bees, moths, fungi and a variety of birds such as striated pardalotes. In addition to illustrating the sophistication of Yolŋu scientific knowledge, these works speak to symbiotic living systems and a social balance based upon collaborative mutualism.

View John Wolseley and Mulkun Wirrpanda’s work in conversation with one another as part of Still Life, a new exhibition curated by Jacqueline Doughty.