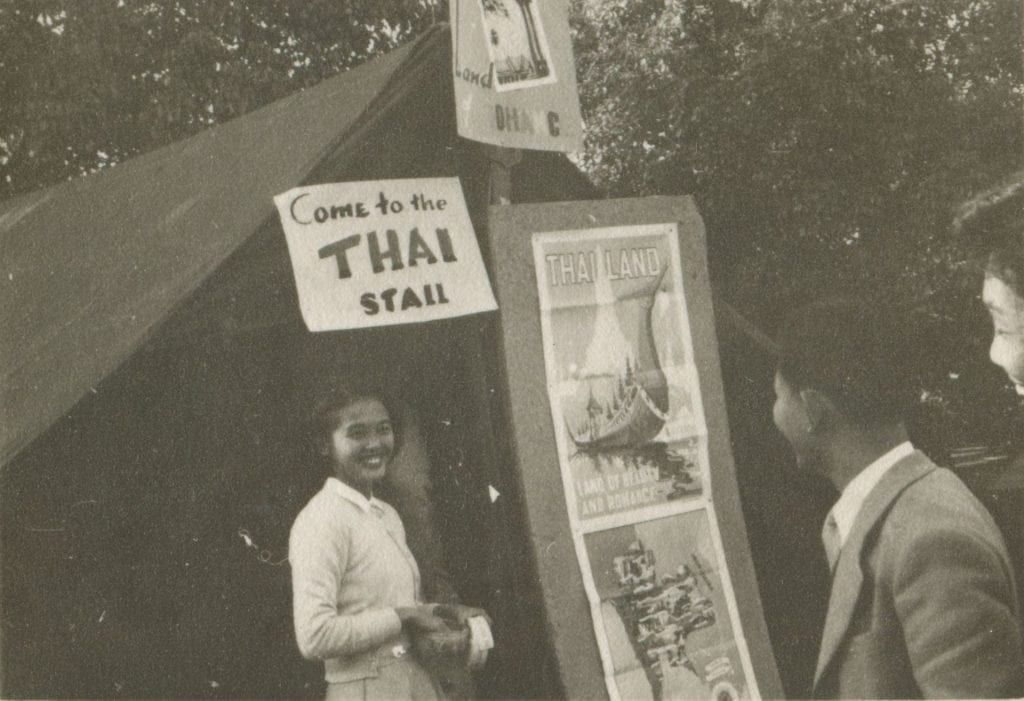 For more than sixty years, a group of women worked as volunteers to raise money for Melbourne’s International House. They cooked; sewed; wrote letters; and organised fêtes, films, and fashion parades. Some of these women’s names were not recorded; others were known only by their husbands’ names. Yet without them, Melbourne’s International House might never have come about.

International House is probably Australia’s most tangible expression of its new consciousness of Asia.
—Geoffrey Blainey, A Centenary History of the University of Melbourne (Carlton, Vic.: Melbourne University Press, 1957), 203.