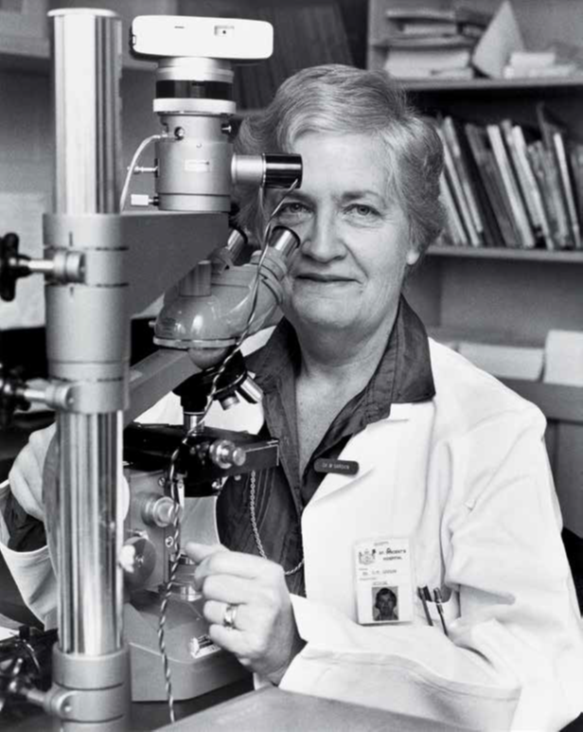 Theriac (θηριακή (thēriakē), the feminine of the Greek θηριακός (thēriakos), signifying ‘pertaining to animals’, was a famed compound remedy, promoted as a universal panacea since at least the first century AD. This jar held the nineteenth-century version of this concoction. The huge list of ingredients (up to eighty different simples), added with the difficulty in sourcing them and the long time needed to prepare this medicament (up to forty days) made it a very expensive but much valued, even central, part of medieval and early modern pharmaceutica. Moreover, concern for the standardisation and quality of this product ultimately drove the development of Pharmacopoeia texts and the earliest concepts of modern drug manufacture, regulation and safety.

Theriac, also known in England as ‘Venetian treacle’ due to its monopolistic site of production, was subject to controls in its manufacture, frequently enforced by royal decree. By the Renaissance it was often prepared in public, to ensure its purity. Its legendary origins were traced to a recipe prepared by Mithridates IV of Pontus, to protect himself from poisoning. The recipe was improved by Andromachus (Emperor Nero’s physician) who added mashed and roasted vipers (following the principle of ‘like curing like’). Similarly, Galen prepared his own variant for the Roman Emperor Marcus Aurelius.

It was prescribed for a huge variety of ailments from epilepsy, apoplexy, dropsy, the stone, leprosy, and smallpox, to poisons, the bites of snakes and plague. It could be taken as a pill or diluted in wine or vinegar. It could also be applied externally, such as on the location of a snake bite to draw out the venom. The formulation appeared as late as the 1884 French Pharmacopoeia.

The contribution of the individual: Then and now

Thomas Ramsden Ashworth,  describes a young patient admitted to the Melbourne Hospital in October 1868 with rheumatism and disability, who dies within 24 hours, of marasmus (severe malnutrition). The manuscript eloquently describes the post-mortem findings of this unfortunate man, including the presence of about 30 subcutaneous tumours. Further investigation of these tumours reveals a jelly-like substance, in which are found multinucleate (presumably malignant) cells. The author continues by examining the patient’s blood and finding the same multinucleate cells. The hand-drawn figures illustrating the microscopic findings are a simplistic but effective way of demonstrating the key findings of the case. The author, after consulting with Professor Halford, then postulates that the multiple subcutaneous tumours may have been seeded from the cells in the blood. Thus begins a discussion of how cancer spreads in the body.

A pioneer in cytogenetic research

Dr Margaret Garson, AO (b. 1927) pioneered the field of cancer cytogenetics in Australia. She graduated from medicine at the University of Melbourne in 1951 with the ambition of becoming an obstetrician. However, this was not easy for a woman in 1950s Melbourne. So she trained instead as a haematologist and, during her training, met and married John Barnett, a surgeon. In 1961, Margaret and their children accompanied John to Texas, where he was undertaking further surgical training. It was in Galveston, Texas, that Margaret learned about the new field of cytogenetics—the study of chromosomes. The Philadelphia chromosome, a small abnormal chromosome found in the bone marrow of patients with chronic myeloid leukaemia, had been identified the year before, and haematologists were excited by the prospect of finding other genetic markers of cancer. Margaret studied what little was then known about chromosome abnormalities in cancers and, on her return to Melbourne in 1964, was invited to join Carl de Gruchy’s Department of Medicine at St Vincent’s Hospital. Margaret, together with Albert Baikie (who subsequently became the inaugural professor of medicine at the University of Tasmania), established the Department of Cytogenetics at St Vincent’s. Initially, the work of the department was considered to be of research interest only. Margaret had to work hard to convince her haematology colleagues to send bone marrow samples from their patients. However, gradually the importance of these studies was recognised. Collaborative international groups of cytogeneticists got together to correlate patients’ clinical features with the chromosome abnormalities seen in their leukaemia cells. Margaret was the sole Australian representative at these workshops and played an integral part in convincing clinicians worldwide that chromosome studies could help them diagnose cancers and provide vital information regarding outcome. Margaret headed the Department of Cytogenetics at St Vincent’s Hospital until her retirement in 1992. The department is now known as the Victorian Cancer Cytogenetics Service and continues to serve the people of Victoria as a state reference centre for cancer cytogenetics.

Radiation therapy is one of the three cornerstones of modern cancer therapy. Some 50 per cent of patients should have radiation therapy as part of their treatment, and it contributes to 40 per cent of cures. The most common method for delivering radiation therapy is using X-rays, with energies starting around 100 000 volts (100 kV). X-rays were discovered in late 1895 by Wilhelm Roentgen, who demonstrated their use to image bone. Remarkably, by early 1896 X-rays were also being used to treat cancer, with little scientific rationale other than the observation that prolonged exposure produced reddening and ulceration of the skin. An early apparatus for producing X-rays to treat cancer was the Coolidge tube, invented by William Coolidge in 1913 to improve the reliability of previous X-ray generating equipment by introducing a heated cathode as the electron source. The Coolidge tube consists of an evacuated glass envelope containing at one end a cathode and at the other a tungsten anode. When a high voltage is applied across the ends of the tube, the electrons are accelerated into the anode, and the interaction produces X-rays, their maximum energy determined by the magnitude of the voltage. The X-rays are transmitted through the glass envelope, which in the example pictured here has become discoloured as a result. Although adequate for imaging bone, 100 kV X-rays have limited penetration. They can treat skin cancers, but cannot deliver effective doses to deep-seated cancers without causing significant skin damage. Higher energies (around 200 to 400 kV) are more useful for internal cancers (hence the term ‘deep’ X-ray therapy or DXRT), but skin damage remains a limitation. Energies beyond this range are not possible with the Coolidge tube, because of the very high voltages involved and the amount of insulation required to make it safe. Nevertheless, DXRT was the mainstay of radiation therapy for the first half of the 20th century. In 1956 the Peter Mac installed its first linear accelerator, capable of producing X-rays with energies up to 4 million volts, treating the most deeply seated tumours with negligible skin toxicity. This revolutionary technology—mega-voltage radiation therapy—quickly replaced DXRT.

At the inaugural meeting of the National Council of Women in October 1903, Dr Mary Page Stone (1865–1910) gave a paper on the suffering of people with epilepsy and the need for epileptic ‘colonies’. Her presentation so moved the congress that epilepsy became a major issue for the National Council of Women. The result was the establishment of the Talbot Colony for Epileptics. The 1893 student photograph of Dr Mary Page Stone in the Medical History Museum Collection is one of the few surviving images of her. 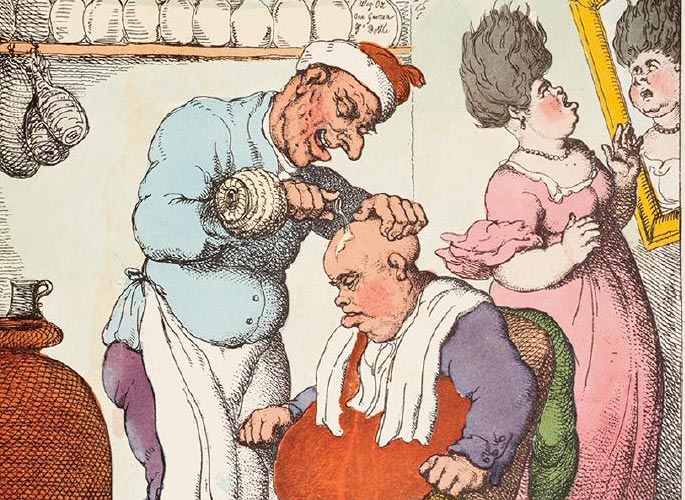 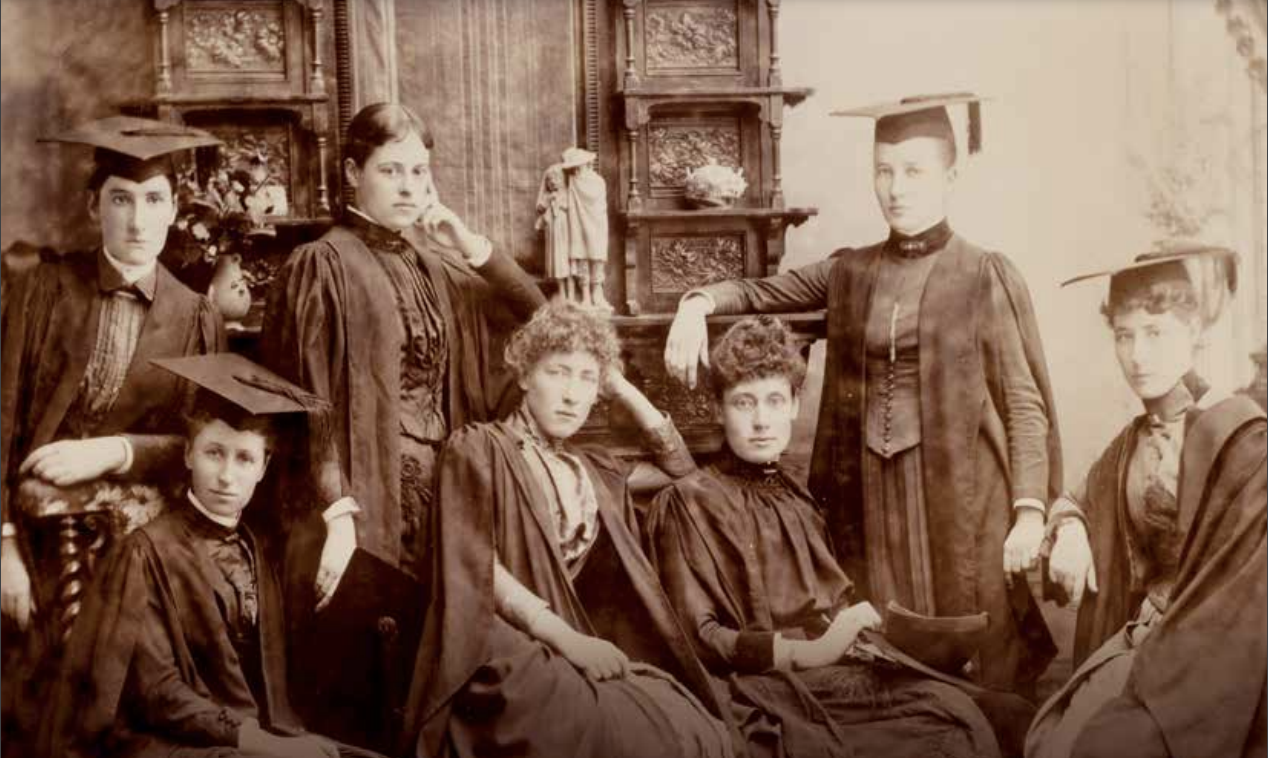 Strength of Mind: 125 years of women in medicine 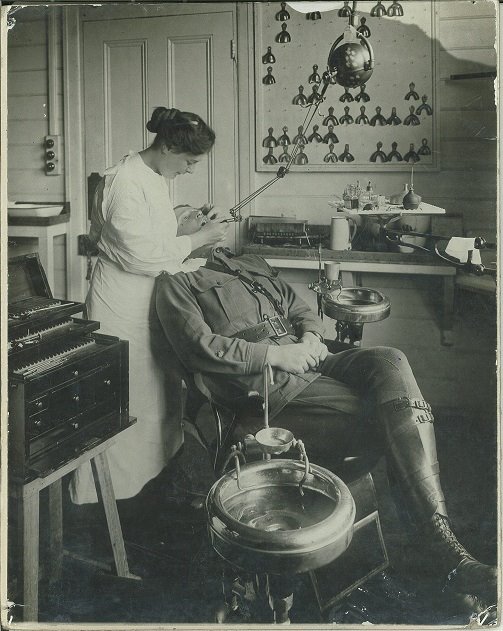